Does the Prohibition of Bargaining Rights Violate International Law? 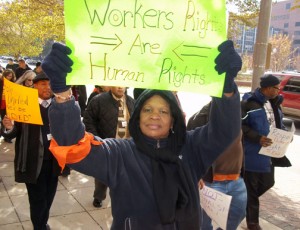 Yes. International covenants are clear: workers have the right to bargain collectively and freely associate. In March 2007, the UN’s International Labor Organization (ILO) found North Carolina’s ban on collective bargaining to be in violation of international labor standards. In that decision the ILO called on the United States government to “promote the establishment of a collective bargaining framework in the public sector in North Carolina” and called specifically for the repeal of NCGS § 95-98.