On March 4-6, 2016, the Southern Workers Assembly (SWA) will hold the Southern Workers School in Raleigh, NC. This will be the first of an 8 session series of education, training and development of organizing tools to help prepare SWA worker-representatives to embark on a plan to build the organized rank-and-file infrastructure in workplaces and industries across the US South for the development a Southern Labor Congress.

Several dozen rank and file leaders of unions and workers organizations from Virginia to Texas are planning to participate in this historic gathering – but we need your help to make it a success!

WHAT WORKERS ARE SAYING ABOUT THE SCHOOL 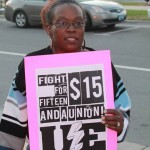 “As a worker, its important for me to go to the Southern Workers School to improve my organizing skills.  In NC, public workers are still denied collective bargaining rights. This school will help us learn to organize, mobilize our labor power and strengthen our union movement and expand our rights on the job!” 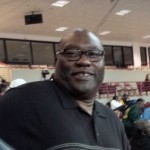 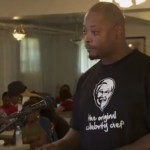 “I’m looking forward to the Southern Workers School having this knowledge to organize is power. I’m excited to hear from the other workers who will be there to learn from them, share my experience being a part of the Fight for 15, and connect with other movements for justice to figure out ways we can all build together in the South.”

The US South has the highest regional concentration of anti-labor right-to-work laws, low wage labor, environmental injustice. As a region, it provides major financial incentives taken from community and infrastructure development needs, to bring US and international companies to the South. The profits made from these conditions have made the US South the 4th largest world economy.

The AFL-CIO passed a resolution at its 2013 National Convention on Organizing the South. This important resolution was drafted and presented by rank-and-file trade union activists and leaders from the US South and was supported by others from across the country. It must be given life and meaning by a rank-and-file social movement.

The Southern Workers Assembly (SWA) is a growing rank-and-file labor network of local unions, worker organizations and activists with support of allies committed to building a social movement to organize labor in the US South has been organizing itself since 2012.