‘Get back to work!’ – Trump tells meatpacking workers facing COVID-19 threat to their lives 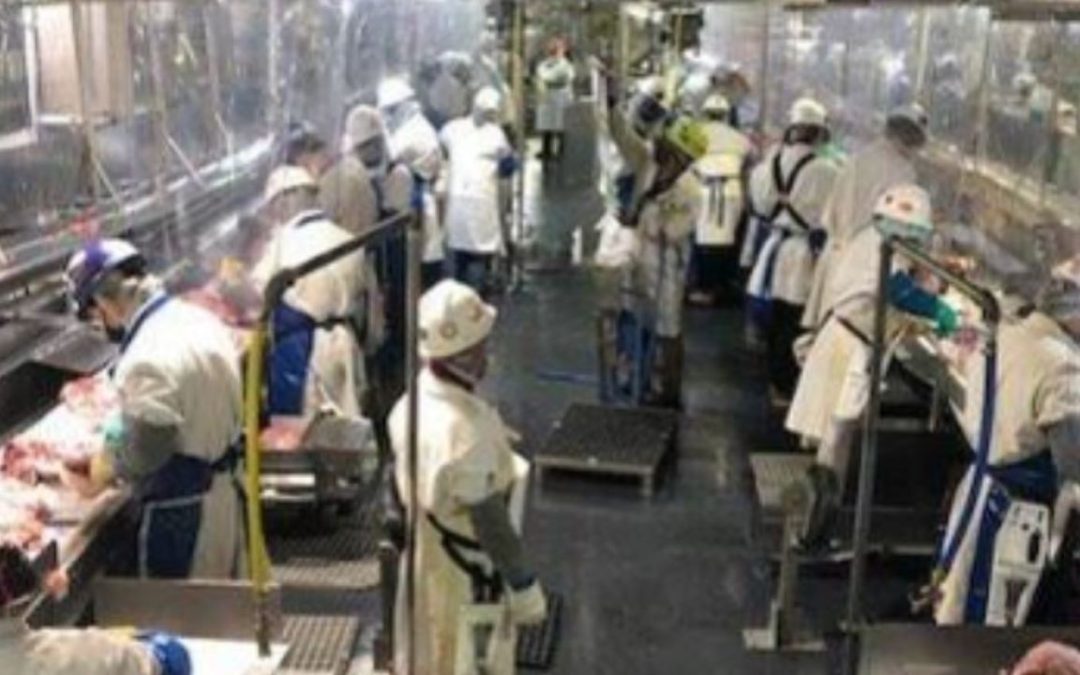 On April 28, Workers Memorial Day — a day the labor movement commemorates workers who have died on the job — and while the U.S. tops a staggering 61,000 deaths related to COVID-19, President Donald Trump utilized his powers under the Defense Production Act to order meat and poultry processing plants to stay open.

Meat processing plants are COVID-19 hotspots of infection. This is another move which prioritizes corporate profits over the lives of workers, many of whom are Latinx, African American and immigrant.

More than 150 of the largest U.S. meat processing plants operate in counties — many in rural areas of the U.S. South — where the rate of coronavirus infection is already among the country’s highest. Rates of infection around these plants are higher than those of 75 percent of other U.S. counties. The South is also a region where many of the governors are calling for workers to return to work, representing a strong base of anti-working-class racism and political conservatism.

While the bosses claim the industry has thus far maintained sufficient production, union leaders have pointed out that 20 workers have died, and at least 5,000 meatpacking workers and 1,500 food processing workers have been directly impacted by the virus at 48 plants. Those in the South are impacted by industrial pollution that is unregulated, effecting the health of millions and making them more vulnerable to COVID-19. Meatpacking and slaughter companies can be found in every state in the South.

With the Trump Administration and Congressional Republicans blocking OSHA from issuing a rule protecting essential employees during COVID-19, workers say they have little choice but to take matters into their own hands. Meat packing workers all over the country, working in freezing cold rooms and unable to practice social distancing, have staged walk-outs demanding work place safety from Kathleen, GA to Timberville, VA.

Meatpacking Workers in the South Need to Unite, Organize and Struggle!

The Southern Workers Assembly “Safe Jobs Save Lives” campaigns released this statement after the April 28 presidential “get back to work” order was issued. For more on the campaign, go to southernworker.org.