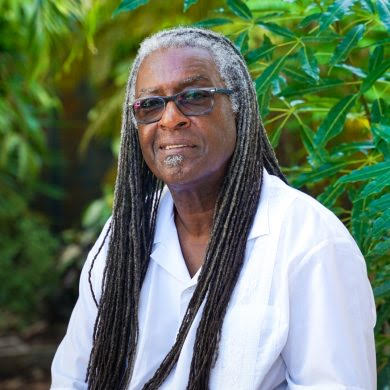 We are in the midst of two interrelated Pandemics that are creating death and devastation across the United States. The Covid-19 Virus has generated a worldwide Pandemic causing more than 423,000 deaths worldwide and 118,000 in the U.S The handling of this public health crisis in the US has been guided by the dictates of the capitalist, the 1%, and their administrators in government in Washington and in the states.

The Pandemic has pulled backed the covers on capitalism and racism. What many of us know from our lived experiences is being viewed by the world and reinforcing the need for system change. Inequality, poverty, unstable employment, low wages, and lack of health care are in the spotlight as Black and Brown people experience the disproportionate impact of the disease, the layoffs and being forced to work in dangerous situations to protect the profits of the corporations. They still refuse to be transparent with data about the impact on Black and Brown communities, driving communities to struggle against them for this information.

Forced to provide funds for economic support, Congress and the administration have made sure the corporations have received the majority of support that ends up going to shareholders and not the workers. The stimulus packages have not provided sufficient funds for workers to meet their needs during this crisis which is nowhere near the end. Millions without income for food and rent is a powder keg and yet another signal for system change.

The conversation around essential workers has highlighted the fact that all workers are essential to capitalism not just during a crisis, but every day.  People are better understanding their role versus that of the bosses and owners and what happens when they are not working. Critical lessons are being learned about the willingness of capitalism to sacrifice workers but also the potential power we have when we decide to refuse to work and lay down our tools, so to speak.

The government’s response has been criminal. With knowledge about the potential virus in early January it wasn’t until March that 45 started to implement any of the critical measures to address the developing crisis. On February 28 he even said “It’s going to disappear. One day, it’s like a miracle, it will disappear.” He must be held accountable for the deaths of thousands.

One of the most prominent lessons for us during this crisis is that Medicare for All is mandatory and must be on the top of our agenda as we fight against the bosses and their pawns in government. At the top of the agenda. Medicare for All, nothing less!

Black communities resist on two levels. We fight to protect so-called essential workers on the job with Protective Personal Equipment, safety measures and hazard pay. But we also fight for others to stay home due to our health vulnerabilities and resist the premature openings that have shown to be a mistake with escalating cases especially in the South. This, is a key front in the War against Black America.

The other Pandemic is the increasing rise of Police murders of Black men and women across the country with impunity, that is to say, in spite of body cameras and the cameras of by standers, they kill Black people with bullets, choke holds and in the case of George Floyd, a knee and the full body weight of a Minneapolis cop on his neck. As we meet, yet another murder has taken place in Atlanta Friday night. Rayshard Brooks was shot in the back by a police officer after being tested for DUI at a Wendy’s drive in line.

Black communities have been in the streets in a rebellion since the murder of George Floyd. Cities large and small have seen protest in support of the demand that Black Lives should matter. The police have responded with violence and the national guard has been deployed with 45 threatening to mobilize the Federal troops. Symbols of white supremacy are being taken down by the people or local governments fearing the masses will do it.

Solidarity with the rebellion has been seen internationally from Africa, to Europe to the Caribbean. Africans on the continent and African descendants in Europe are tearing town symbols of colonialism and the slave trade.

The widespread engagement of white youth is a new phenomena not seen in response to Trayvon Martin, Sandra Bland, and others. This level of response from white people has not been seen since the anti-War movement in the 60’s and 70’s. This is a good thing. Nonetheless we remain alert to the threat of armed white supremacist.

Young people are not willing to accept the old reform demands of better training. They want a total restructuring of policing. Beyond community oversight with subpoena power, they are demanding demilitarizing the police; Defunding the police and even Black community control under a decentralized system.

The response to the racist violence by police on the part of labor has been encouraging. Many international and local unions have issued statements. The video by the Texas Gulf Labor Federation is a good example

Even more encouraging is the act of transit workers in Minneaoplis and New York City refusing to drive buses filled with protesters that have been arrested. Longshore workers on both coasts, including our brothers and sisters at ILA 1422 in Charleston and ILWU Local 10 in San Francisco held actions on the docks last week refusing to work for 8 minutes and 46 seconds. The ILWU will stop work again on Juneteenth in honor of George Floyd and all the other victims of police murders.

And finally there are campaigns by locals, central labor councils and individual union members to expel the police unions, the chief defenders of killer cops, from the AFL-CIO and other unions that represent police officers.

From the chaos and struggle of these pandemics the people will come to a better understanding of the system and become permanent fighters for a society free of capitalist exploitation and racism. Let’s all contribute to making this happen.