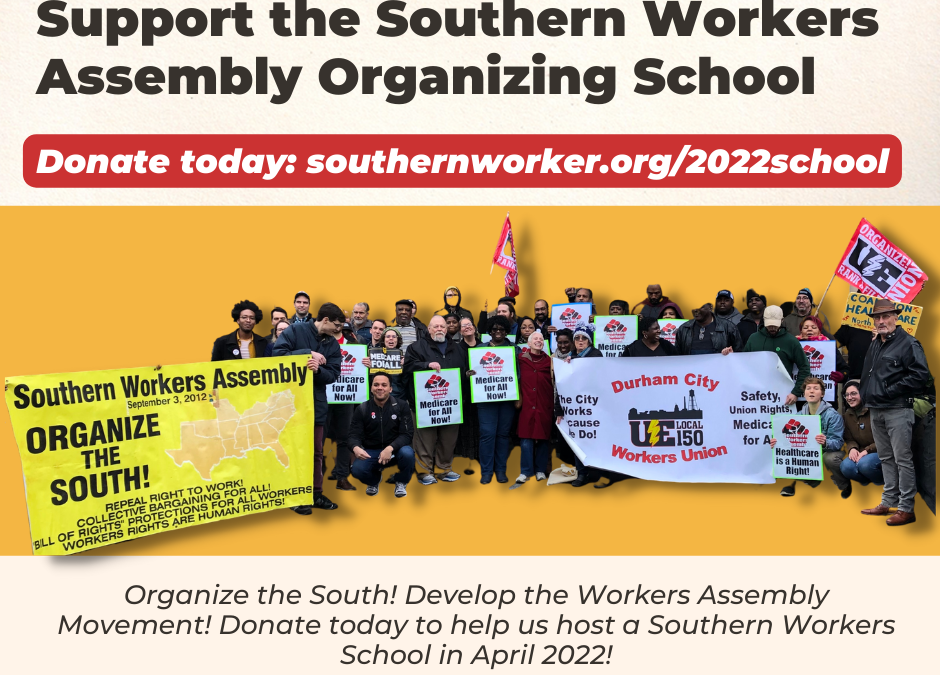 Donate today to help us host a Southern Workers School 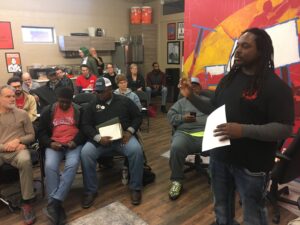 Industry councils have also been developed to bring together workers from various sectors on a regional basis, for the purposes of coordinating common campaigns. Our Amazon Council is currently up and running, and plans are in development to convene other councils in the near future.

To consolidate these many efforts and lay plans for continuing to build, the Southern Workers Assembly will convene a Workers Assembly Organizing School in Durham, North Carolina from April 29 until May 1. Your support is needed to ensure the school is a success – please consider making a donation to help cover the many costs associated with such a gathering.

The school will bring together worker organizers in training from these nine assemblies, the industry council efforts, along with other workers who are interested in developing assemblies in their areas for a weekend of political education, organizing training, and collective planning. This will be the first in-person gathering the SWA has held in more than two years, and the first time that workers from the various assemblies will have an opportunity to meet one another in person.

The primary object of the school is to emerge with concrete organizing plans to engage the assemblies and other worker organizations throughout the region to begin to develop a Southern Workers Program, to orient our work in the period ahead and to prepare for the holding of a Southern Workers Congress sometime in 2024.

Given that the school falls on May Day – International Workers Day – we will be organizing a demonstration that concludes the weekend with participation from the Raleigh and Durham Workers Assemblies, along with other unions and social movement forces in the Triangle area. More information on the May Day demonstration will be shared soon.

Donations of any size are greatly appreciated and urgently needed to support this important convening.

Onwards to build the Southern Workers Assembly and Organize the South! 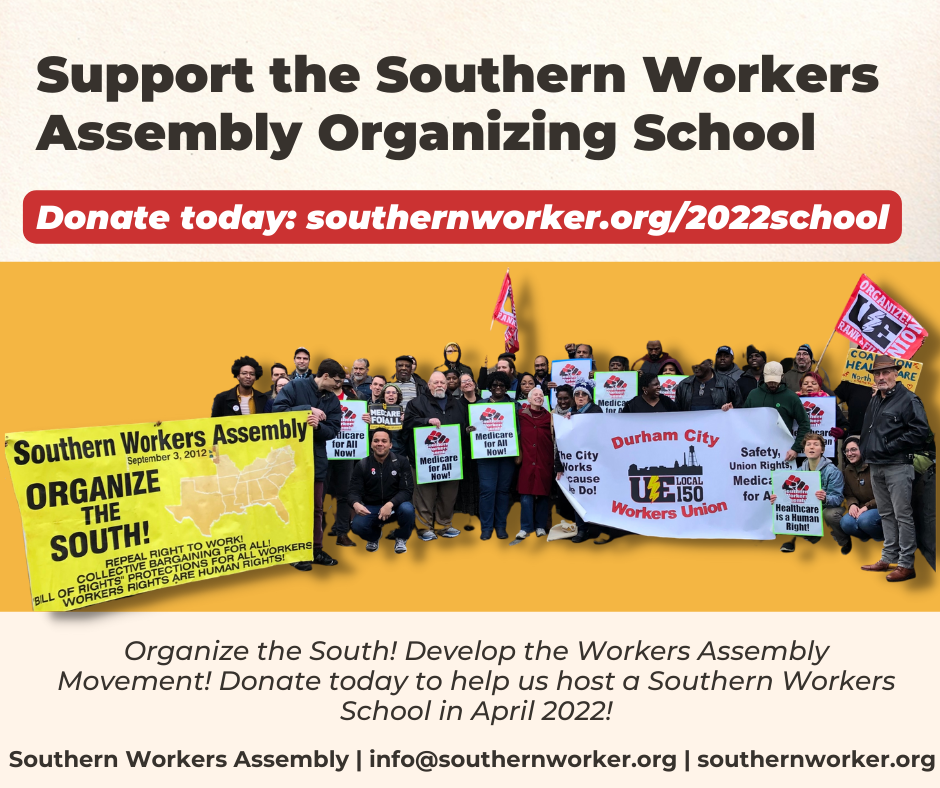