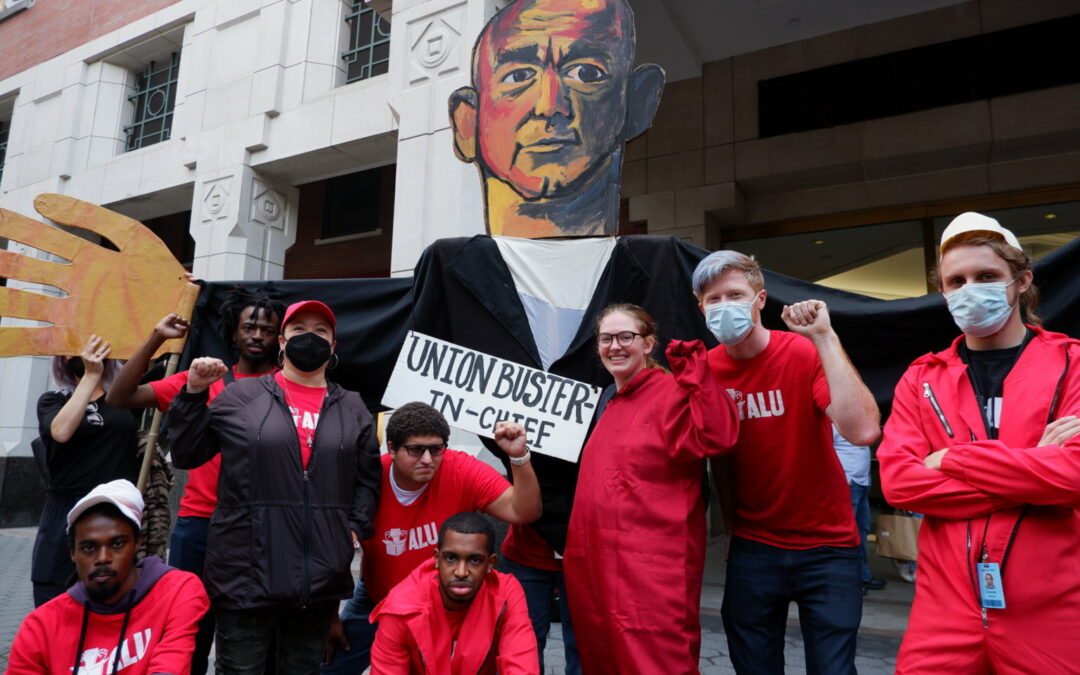 All congratulations to the good workers who led the ALU to its Labor Board election victory in Staten Island New York. Yours is an inspiring example of rank and file worker self-organization to improve working conditions and change corporate policies.

The SWA will make every effort to encourage its Amazon Council committees and its local worker assemblies to engage in similar self-organizing. In particular, we would call attention to these points:

Strong Rights and Good Conditions are the Goals

The Labor Board election is the ticket to the dance, not the dance. Board elections may give the illusion that victory rests in the vote count. It does not. Victory will be secured through a strong, very active network of in-plant organizers (stewards) who lead fights for justice every shift every day. We hope that ALU sets up such an aggressive system right away.

Because of weak labor laws, Amazon will have ample opportunity to sabotage contract bargaining. It will be up to Amazonians and their supporters to not let this happen.

It is worth remembering that the Board election was preceded by several years of worker actions, including walkouts and protests in support of worker demands. Initially aimed to win Covid-19 protections, such activity expanded from there, building a sense of confidence and power within the workforce.

Workers, not just Amazonians, have a democratic right to engage in concerted group actions for their own mutual benefit. ALU’s success in Staten Island illustrates the essential role of collective action, in the workplace and outside, led by an active rank and file committee. This reliance on concerted action should continue.

Coordinated Organizing and Bargaining at Many Locations

It is obvious that a stand-alone Labor Board election resulting in stand-alone contract bargaining will not have the required impact on Amazon or any other major employer. We can even the odds somewhat by conducting simultaneous campaigns in multiple locations within the same time frame. Multiple Board elections held more or less at the same time can lead to coordinated bargaining and a much higher likelihood of success.

It’s Not a Southern Thing

It is SWA’s experience that there is no lack of desire among southern workers for improvements and major changes at work and in our communities. It is worth remembering that it was the Bessemer Amazonians, in the ‘heart of Alabama’ that first drew national attention to Amazon’s defiant violation of labor board “protected” worker organizing rights.  We would expect that as coordinated campaigns develop key southern locations will be instrumental to further success. The Southern Workers’ Assembly’s Amazon Council and its various local assemblies will certainly continue to make its contributions.