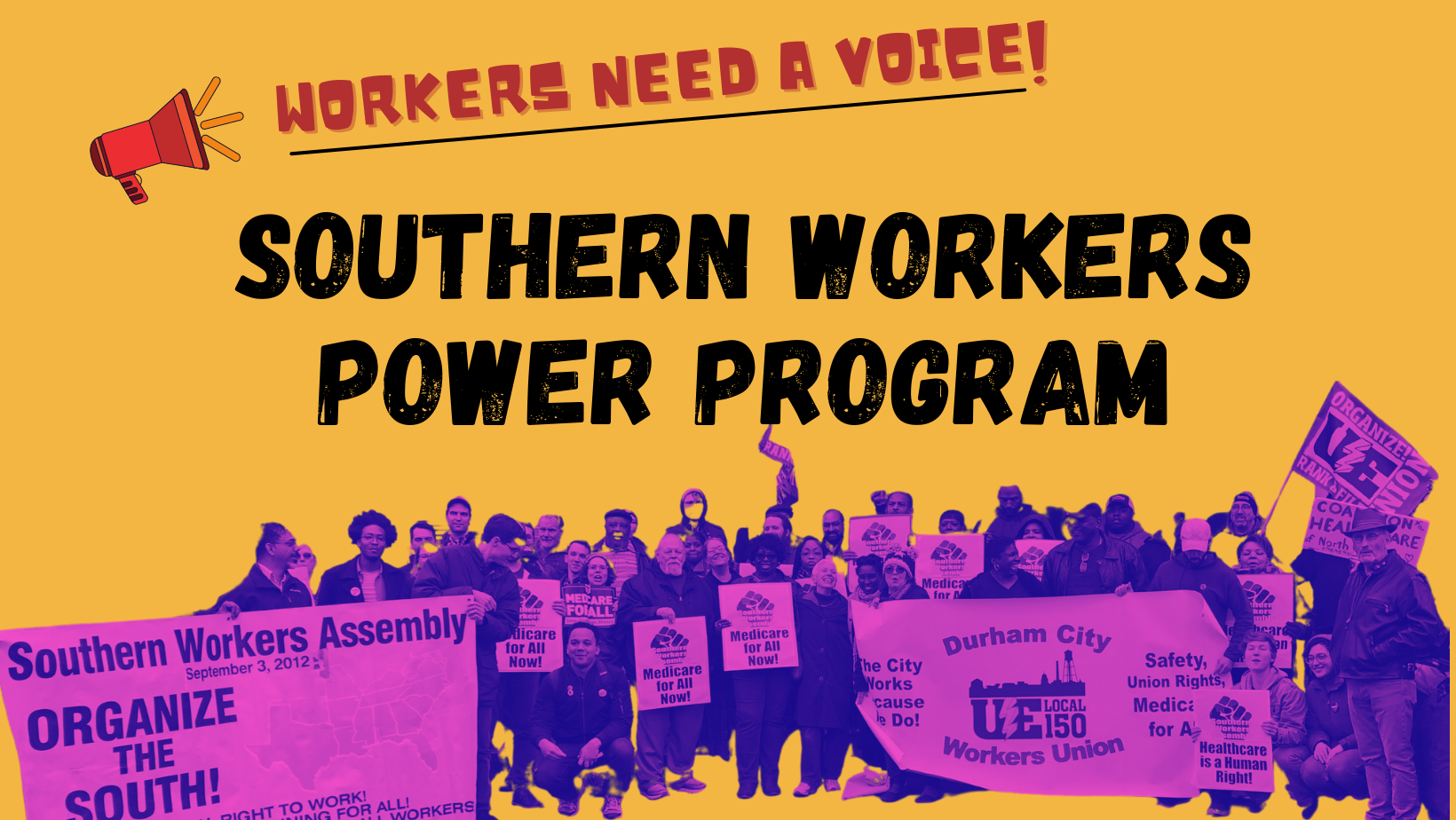 The current period is contradictory and dangerous – on the one hand, we’ve seen the growth of worker organizing, strikes, and other motion among rank and file workers to fight back. On the other, far right and fascist forces are also organizing and growing stronger, and engaging in increasingly violent attacks, especially against Black, brown, and other oppressed workers.

This nine point political program grew out of collective discussions with workers across the South engaged in organizing their workplaces and building local workers assemblies to identify a common set of demands that reflect the immediate needs of working class people in the region. This includes fighting for the right to collectively bargaining and strike, Medicare for All, an end to racist violence and police abuse, defending and expanding the right to an abortion, among many others.

These demands create the foundation of building a broad social movement of workers to wage a united struggle behind a shared platform, and to take this program directly into the workplace, the community, and to the politicians running for office. Candidates and officials from both political parties are not speaking to our issues, let alone taking any meaningful action to address the conditions of working class people in the South. Workers need to speak in our own voices to raise these demands to our bosses and the politicians.

Our objective between now and the November elections is to bring this program directly to workers at 40 or more strategic workplaces across the South, and through this leafleting activity identify worker contacts from these workplaces who can be brought into local workers assemblies and connected into a network with other workers across the South. We plan to issue a new leaflet each month around the program, hold monthly South-wide webinar meetings, and engage in a variety of activities in the workplace to raise the program, as well as demanding that politicians go on record about where they stand on these critical demands.

→Agitate: Commit to distributing monthly fliers at your workplace and at strategic workplaces in your area

→Endorse: Have your local union or organization endorse the campaign here

→Organize: Build local workers assemblies to expand the reach of our organizing

→Agitate: Commit to distributing monthly fliers at your workplace and at strategic workplaces in your area

→Endorse: Have your local union or organization endorse the campaign here

→Organize: Build local workers assemblies to expand the reach of our organizing